The next image, as its title suggests brings the node.js framework, which consists of Google V8 JavaScript Engine and other standard libraries and allows to create highly scalable web applications, servers, etc. It is a JavaScript framework, with efficient package management and a wide ecosystem of open source applications being its main advantages..

If you enter the IP address of this machine into the address bar of the browser after the machine with the given image is started, the control panel will appear, which will guide you to the shellinabox and webmin administration tools. You can find further information regarding these tools in the description of the TKL core image or in the particular separate manuals. The adminer tool is not available inside the given image.

However, there is n, the node.js version manager available, which allows to carry out updates, installation of a particular version or switching between particular available versions of Node.js really easily. The broader description of this utility is beyond the scope of this manual, however, we state some commands regarding the desired version of node.js in an attempt to make the process of getting up and running faster.

The control panel at the IP address of the machine with TKL node.js installed 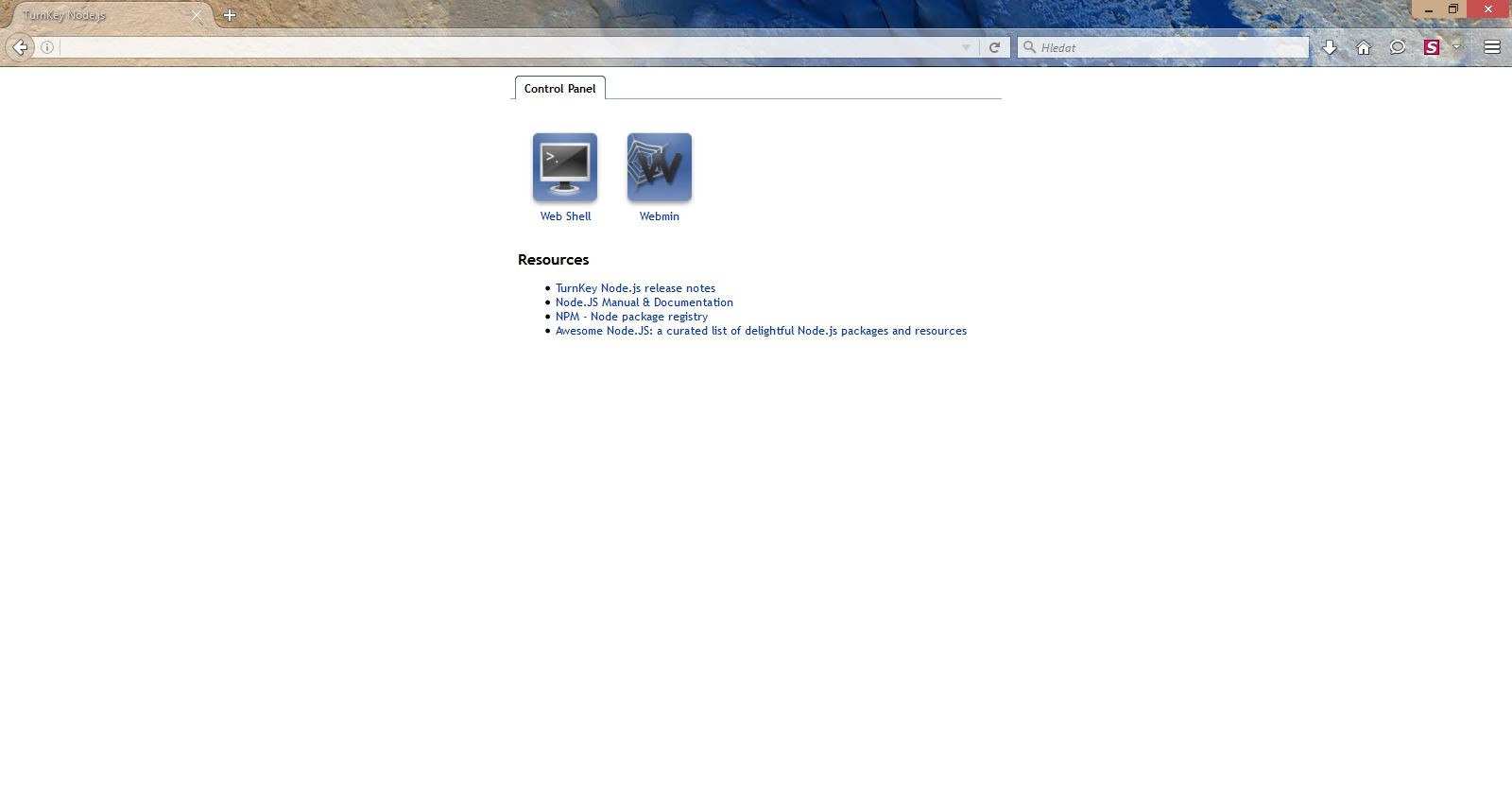 If we enter just the n command into the shell, a list of available installed versions of node.js will be shown (the currently used version is denoted by a bullet) and we can use the arrow keys to choose the version we want to use, confirming it by hitting Enter key; we can verify the successful transition to the desired version of the node.js using thenode -version command.

There is also the node.js npm module, that is the node.js (or more precisely JavaScript) package manager. The basic help for this command can be obtained with use of eithernpm help or npm faq command. In order to get some broader help, you can use e.g. either the npm help npm -l command or the online documentation. Beside the default local installation of the packages, it is possible to install the packages globally with npm . Should the command npm not work after switching to another version of node.js using the n <version> command, downloading and running the additional installation script may sort out such troubles. The command for doing so is available on the official documentation pages of the n command, that is at: https://github.com/tj/n .

There is also the pm2 command available inside the given image, that is the production process manager for node.js, which allows to run and manage the particular node.js applications both manually and automatically. The pm2 service file is located in /etc/systemd/system/pm2- node.service, so that it spawns all the node.js applications located in the respective pm2 directory, after the machine is started. The official documentation of the pm2 tool is available on GitHub and on the official website . We will state only a few basic commands regarding the management of the node applications using pm2: 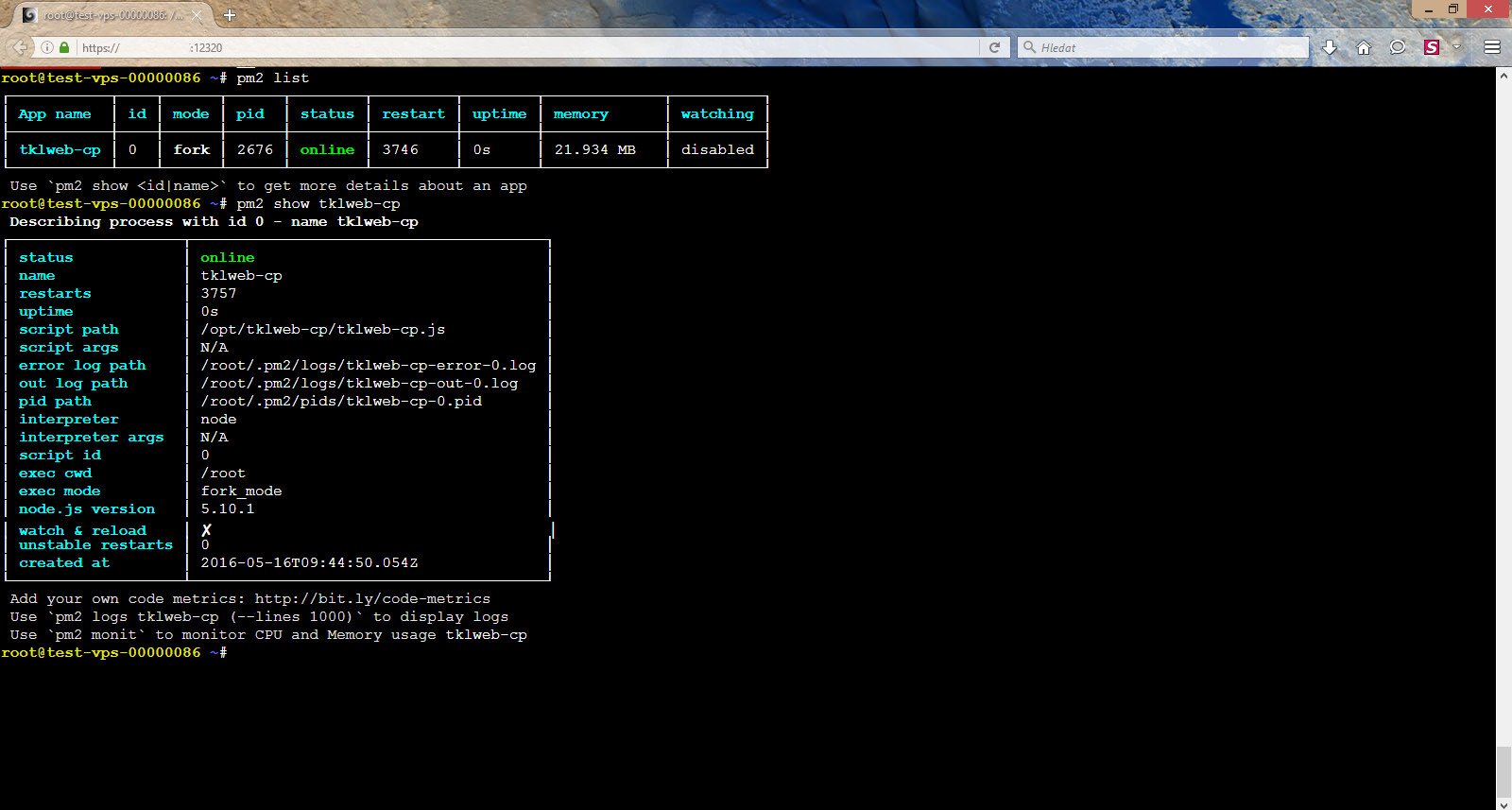 The TurnKey Linux node.js image contains all the components mentioned in the description of the TKL core version and on top of that:

The official documentation of the TKL node.js image is available at: https://www.turnkeylinux.org/nodejs .

This site uses cookies for the purpose of enhancing the quality of the services provided. By further use of this site you agree with its usage of cookies. Should you need more information in order to agree, you can find it here.AGREE