If you have ordered a service which includes a GNU/Linux operating system, the first thing to be of interest to you may be where do you find the password for the root user.

Especially when working in the terminal or more precisely in bash, you may encounter the situation when you want to execute a command, but the terminal responds with information regarding insufficient permissions, e.g. „Permission denied,“ etc. Or in case, you want to switch to the root user. The system will ask for the root user password. But you do not know it.

Maybe you have read in some of our service descriptions that you will receive the root access. Nevertheless, the root user account password was neither sent nor told you. The following text should clarify the reasons.

Do you need to realize some activity as a root, but nobody sent you the password?

The reason for you not to know the root password

Neither our whim nor reluctance is the reason why we have not sent you the root account password. In fact, the reasons are historical and are closely related to security.

Within the operating system, it is possible to perform some operations, which can significantly affect its functionality or may even lead to its total collapse. Therefore, such operations are available within the operating system only for the users with appropriate permissions. These users are called „superusers, “ and the root user is exactly the example of the superuser.

However, there were and still are experiences with the use of superuser user accounts of such kind, where the users do use it to a much larger extent than they should, that is not only in order to perform operations for which it is necessary but also when performing common operations. Also, it is easy to forget that we work under the superuser account and so may possibly cause significant damage. Moreover, in the GNU/Linux operating systems, the root user account is the supreme user account, which potentially makes it the worst security threat at the same time.

These are the reasons why nobody had told you the root account password and never will do so. In fact, for the sake of achieving a higher level of security, the creators of the Linux distributions had decided that by default, the root user account password ought not to be defined. Now, you may ask, how is it possible to perform any operation which requires elevated permissions? The sudo mechanism, which was integrated into the operating system by the creators of the Linux distributions, is the answer to that. 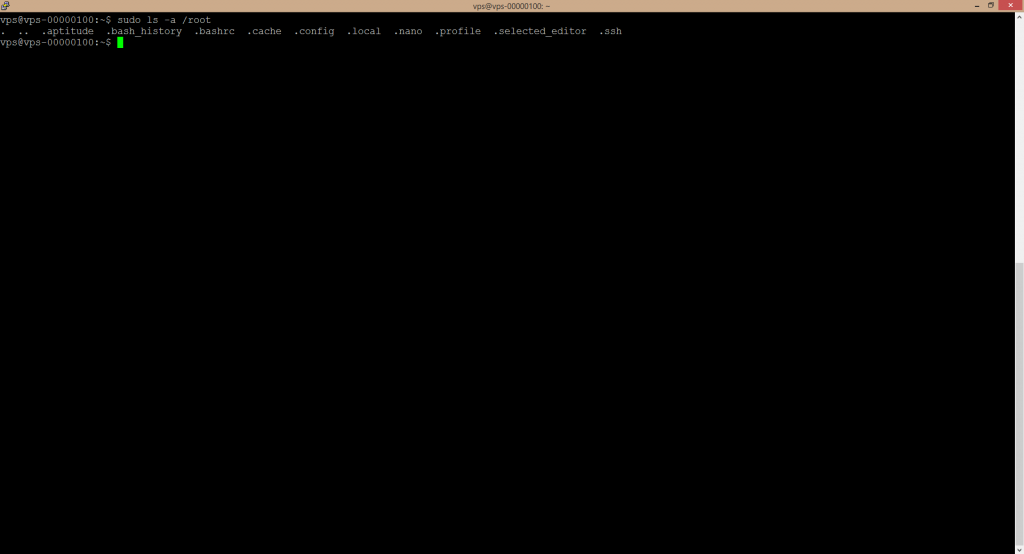 Again, leaving the root user account is indicated by the change of the way the bash prompt looks like, that is from root@hostname to username@hostname.