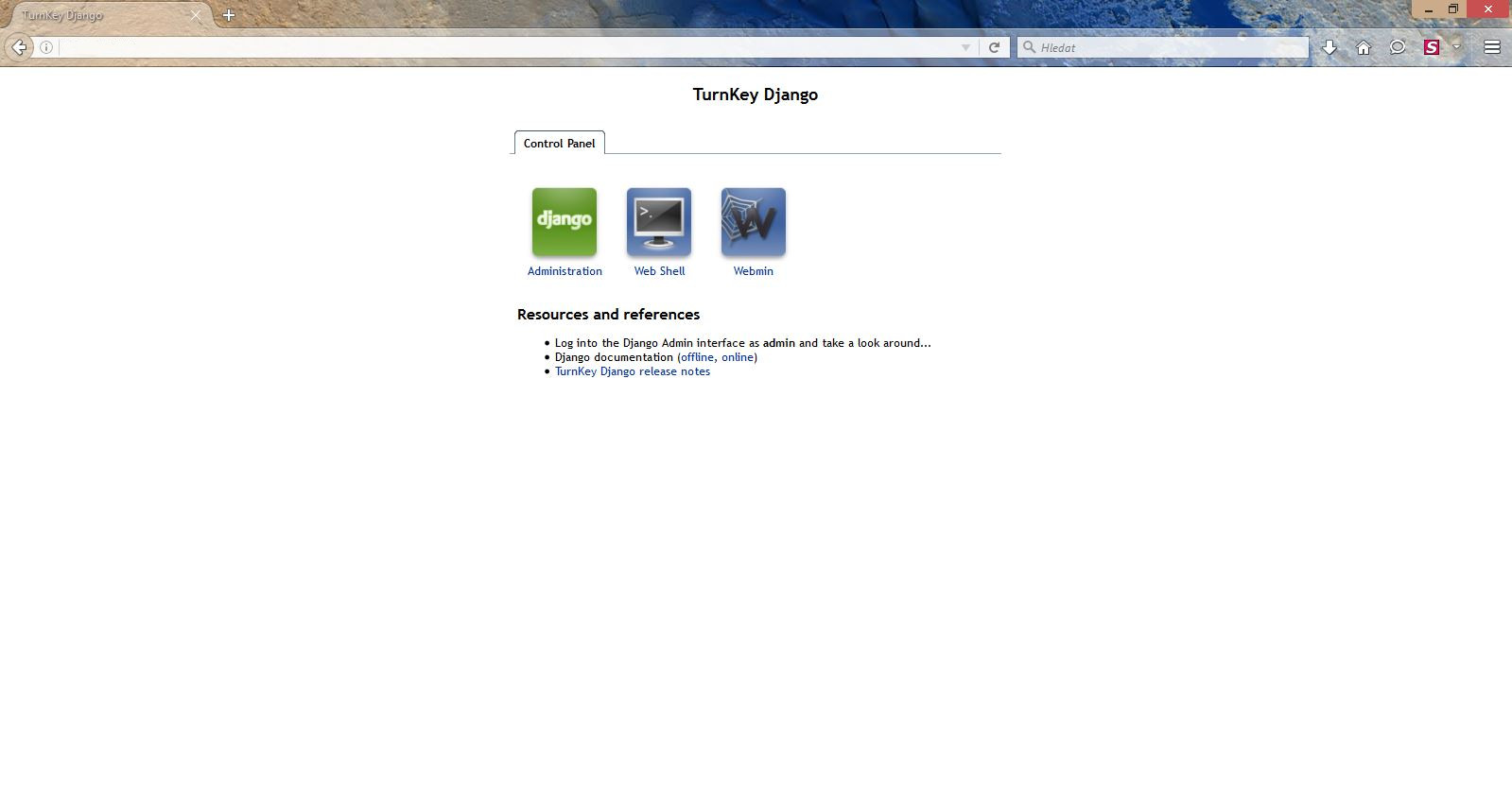 Django represents a Python alternative to the well-known Ruby on Rails. It allows to automate most of the operations and thus rapidly produce high performance web applications.

If you enter the IP address of such machine into the address bar of the browser after the machine with the given image is started, the control panel will appear, which will guide you to the Django administration console, shellinabox and webmin. The Django console provides basic tools for administration of your Django project. The image also contains a template Python project, which is located in /var/www/turnkey_project . The control panel which will appear after entering the IP address of your machine into the address bar of the web browser is depicted in the above picture. In fact, the control panel is an index page located in /var/www/turnkey_project/templates/index.html .

You can find further information regarding shellinabox and webmin in the description of the TKL core image or in the particular separate manuals. Although there is a MySQL database inside this image, the adminer tool for its administration is not available.

The TurnKey Linux Django image contains all the components mentioned in the description of the TKL core version and on top of that:

The official documentation of the TKL Django image is available at: https://www.turnkeylinux.org/django .