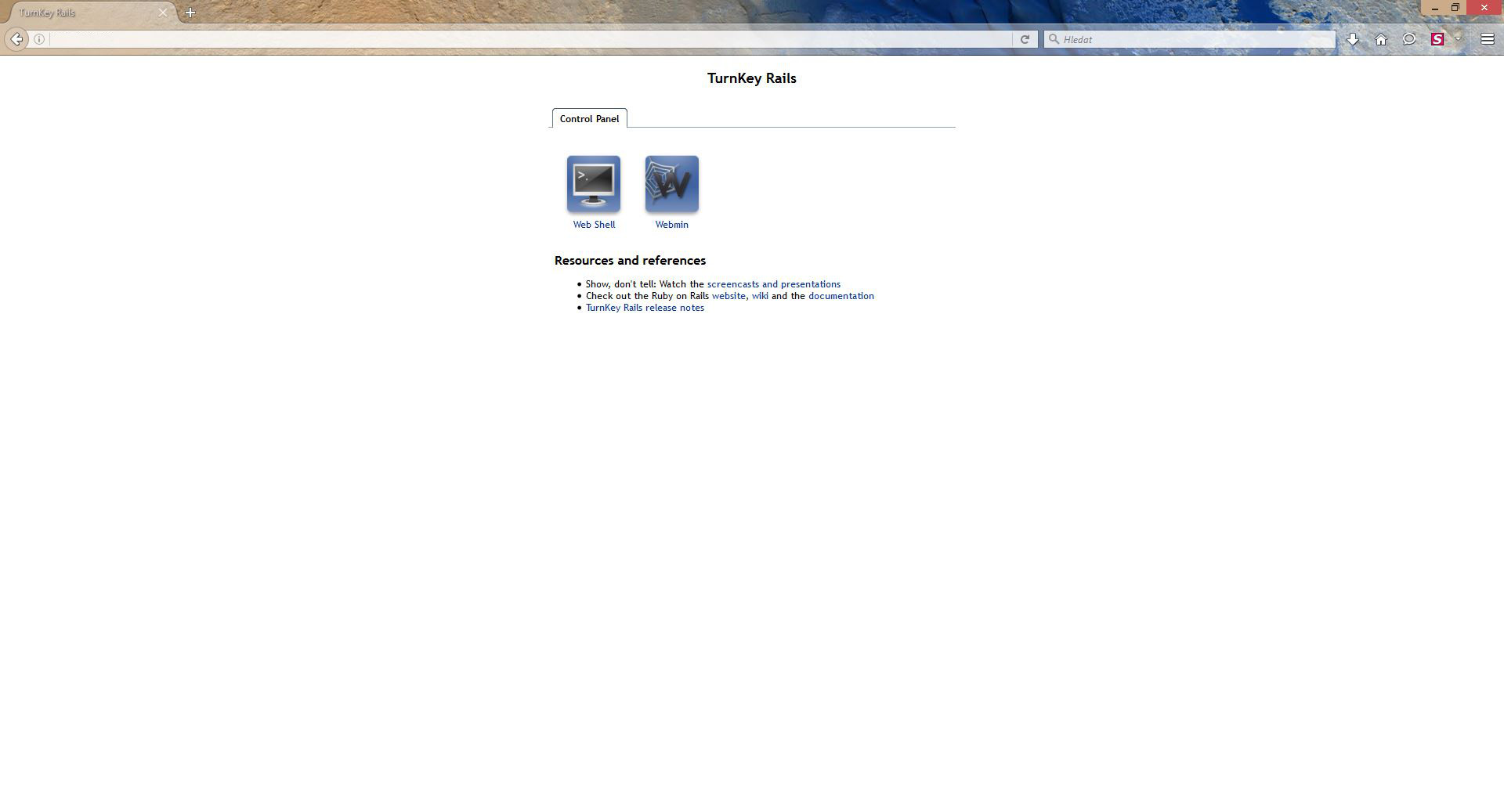 If you enter the IP address of such machine into the address bar of the browser after the machine with the given image is started, the control panel will appear, which will guide you to the shellinabox and webmin administration tools. You can find further information regarding these tools in the description of the TKL core image or in the particular separate manuals. Although there is a MySQL database inside this image, the adminer tool for its administration is not available.

The deployment is carried out with the use of Phusion Passenger for Apache (mod_rails). There is example pre-configured Rails Application available, which is located in /var/www/railsapp. There are also the MySQL databases available for production, development and testing purposes. The programs created with the use of the Ruby language are, by default, distributed as packages (gems). In order to allow for easy management of such packages, there is a package manager for the Ruby programming language – RubyGems, which is available inside the given TKL image. As conflicts between the APT and RubyGems package managers may arise, it is recommended to use only RubyGems for the management of the Rails components and APT for any other purposes. An update of RubyGems is performed using the gem update –system command, while the update of Rails components is carried out using the gem update command.

The TurnKey Linux Ruby on Rails image contains all the components mentioned in the description of the TKL core version and on top of that:

The official documentation of the TKL Ruby on Rails image is available at: https://www.turnkeylinux.org/rails .