As the title of the given TKL image suggests, it contains the Tomcat servlet container implementing the Java Servlet and Java Server Pages (JSP) specifications, thus providing the environment of a Java http web server for the code written with the use of the Java programming language. Tomcat is integrated with the Apache 2 web server.

If you enter the IP address of the machine which has the TKL Tomcat on Apache image installed into the address bar of the browser, the „TurnKey Tomcat on Apache“ control panel will appear, which will offer you the links to the administration of the web applications (Web Apps) and virtual hosts (Virtual Hosts) running on Tomcat. 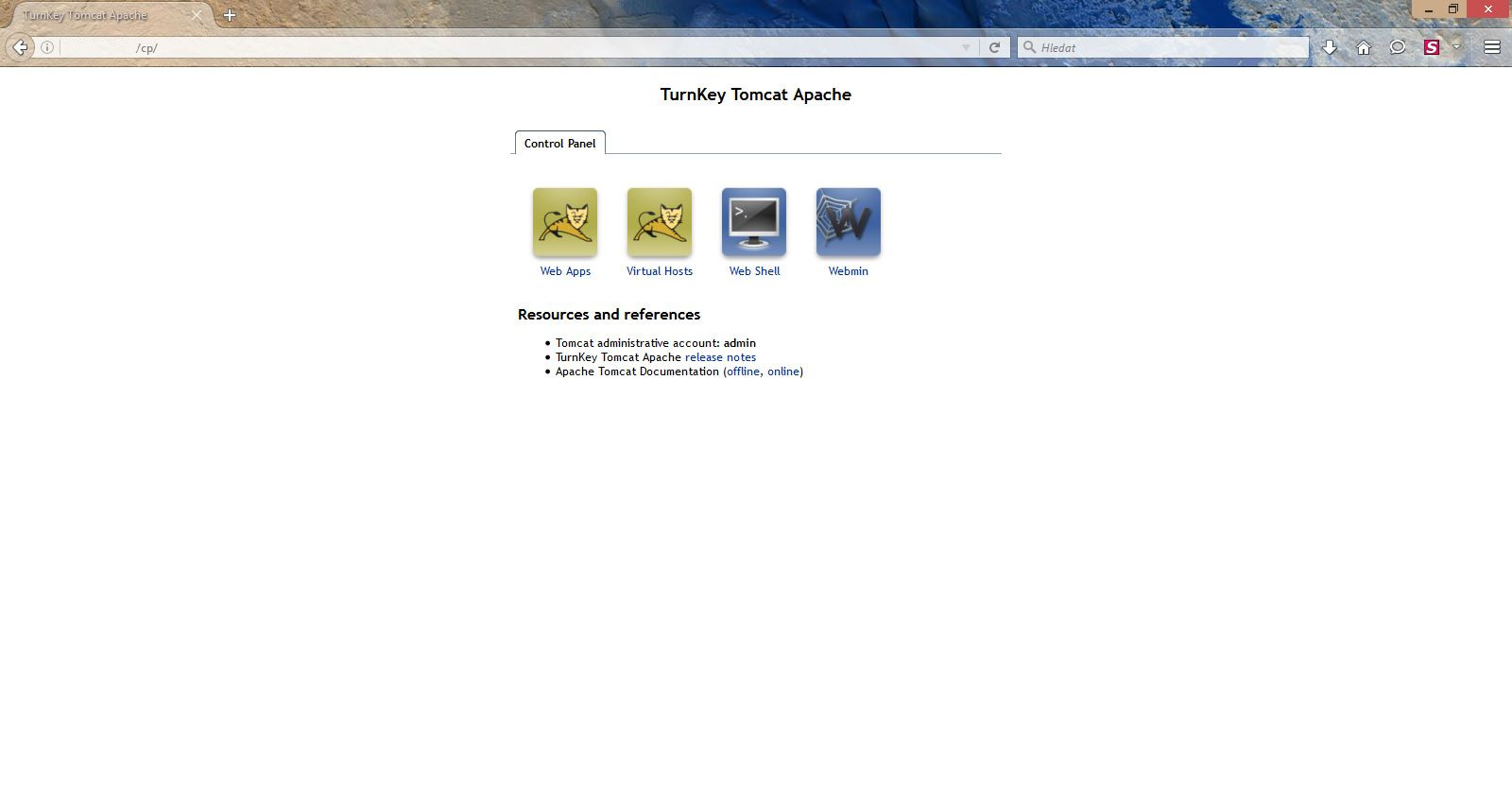 There are also the shellinabox and webmin administration tools available inside the given image. You can find further information regarding these tools in the description of the TKL core image or in the particular separate manuals. Although there is a MySQL database inside this image, the adminer tool for its administration is not available.

The administration of the applications running on top of the Tomcat

We use the admin user account in order to log into the administration of either the web applications (Web Apps) or the virtual hosts (Virtual Hosts) running on the top of the Tomcat.

The status of the Tomcat server

The available documentation of the Apache Tomcat

There is also the OpenJDK Java Runtime in the version 7 available. The Apache 2 web server uses the Jk load balancer connector in order to ensure higher and more stable performance. Higher security is achieved by directing the Tomcat AJP connector to localhost, while the Tomcat http listener connector is entirely removed. A database backend is provided with the use of MySQL. The output of the JSP console is directed into the syslog, which is located in /var/log/syslog. The documentation of Apache Tomcat is available at http://IP.address.ofyour.server/docs .

The TurnKey Linux Tomcat on Apache image contains all the components mentioned in the description of the TKL core version and on top of that:

The official documentation of the TKL Tomcat on Apache image is available at: https://www.turnkeylinux.org/tomcat-apache .