What is a TurnKey Linux image?

The TurnKey Linux (TKL) image is an image of the operating system (OS) with pre-installed software (SW), which is highly suitable for virtual machine installation and allows getting the software up and running quickly. As the title suggests, the operating system inside the image is Linux, namely Debian (currently the version 9 – Stretch). The pre-installed software differs between the particular TurnKey Linux images – typically it might be for example one of the content management systems (CMS) – WordPress, Joomla or Drupal or a database (DB) – MySQL, PostgreSQL, etc.

What is the TurnKey Linux image good for, are there any limitations?

The TKL image can make the management of your virtual machine significantly easier. Also, it can accelerate the deployment of the desired software considerably. Most of the services inside the TKL images are configured so that they run at a certain security level immediately after the system is started (so-called out-of- the-box). The TKL images will help you with the basic security, monitoring and software updating of your virtual machine.

Currently we provide the TKL images stated in the following table. All the images are based on the OS Debian 9 (Stretch), and the so-called core version of the TurnKey Linux . The detailed description of the core version and particular images which originate from it, will be introduced bellow. The title of the TKL image in the table is a link which will redirect you to the official documentation website of the given TKL image.

TurnKey Linux core – what all the TKL images have in common?

The base of all TurnKey image is the so-called core version of the TurnKey Linux . The other images originate from this version and are extended by the particular software, settings and other features regarding the target purpose of the particular image. It is the Debian GNU/Linux 9 (Stretch) on which all the images are based on – currently Debian 9 (Stretch). In addition to this OS, there are further components installed, which together with the given OS, constitute the final core version of the TurnKey Linux – currently the version 15.x: 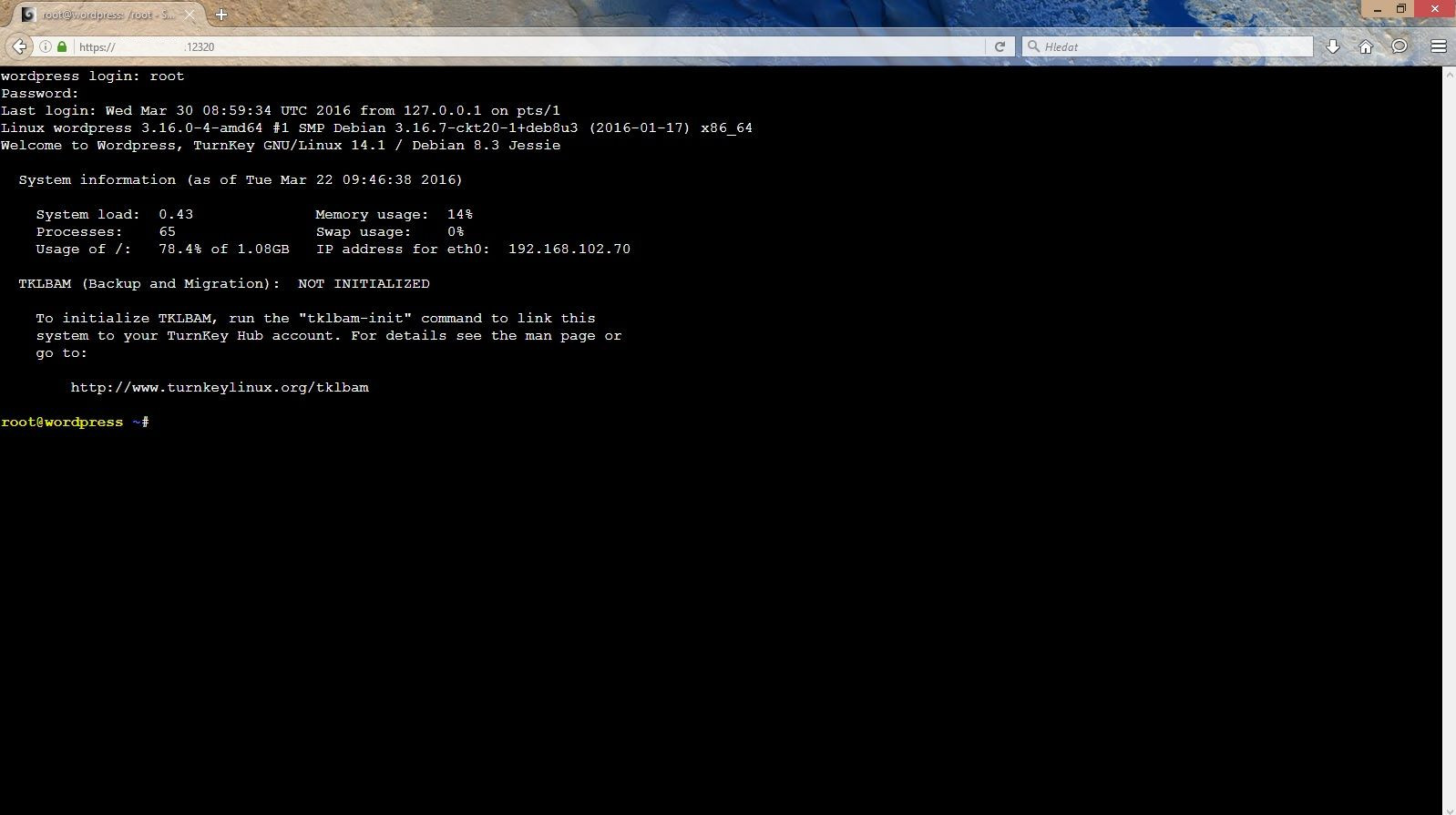 The graphical text interface of the confconsole server management tool 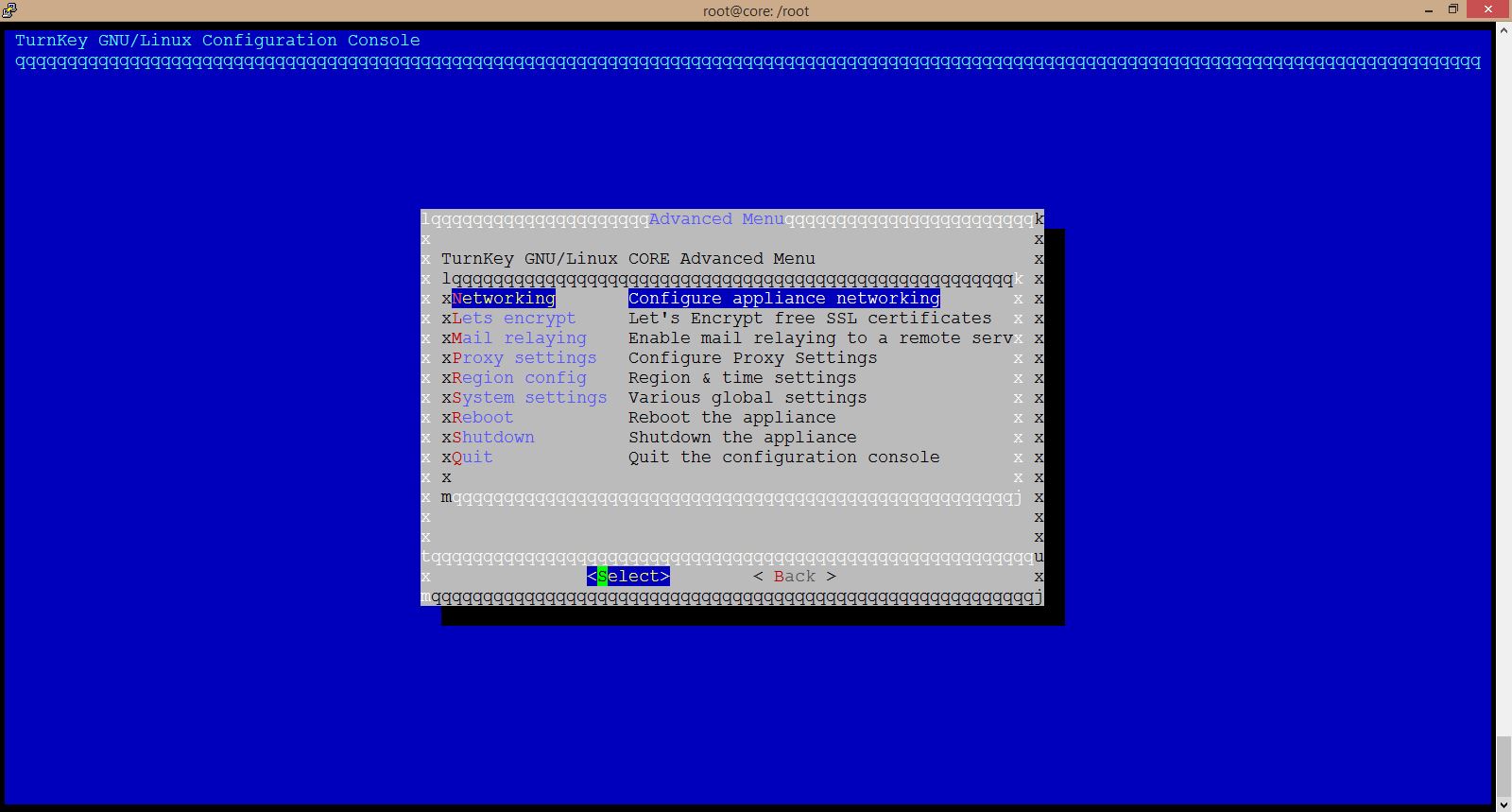 The graphical interface of the webmin server management tool 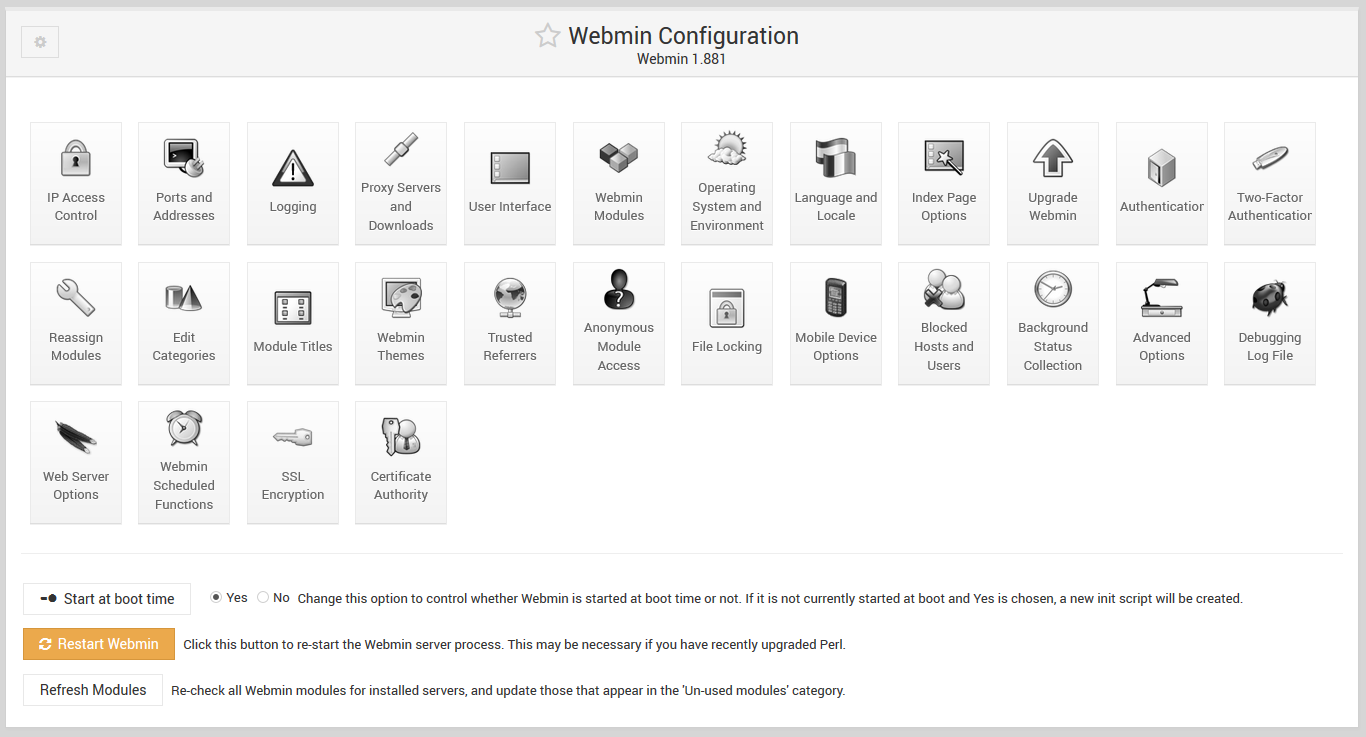 If there is a database pre-installed inside some of the images, then Adminer is also available. It is a simple graphical interface for basic management of the database.

The graphical interface of the Adminer database management tool

This tool is rather simple and provides just basic operations. However, inside webmin, there are usually pre-installed modules which allow for management of other installed software (if available for such extending software), so perhaps you will prefer this tool to direct management via a terminal.

We created short manuals for the shellinabox, webmin and adminer tools, which may help you get up and running when using these tools. These manuals do not substitute the official documentation of these tools, but it may reduce the time needed for being able to use them effectively and to use the full potential of your server.

The official documentation of the TurnKey Core image is available at: https://www.turnkeylinux.org/core .

Which credentials should be used?

Inside TKL WordPress, Drupal and Joomla it is possible to use appropriate user account allowing the administration of given CMS.

There is no adminer tool, providing the MySQL database management functionality, available inside the TKL Django, TKL Ruby on Rails, TKL Redmine, TKL Tomcat on Apache images, but the database can be managed directly and for that purpose, we use the root or adminer account the same way as if the adminer tool was available. In order to login to the Django administration in case of TKL Django image, we use the admin user account. There is no database inside the TKL node.js image at all.

Inside the TKL Redmine image, we can login to the project management at following address http://IP.address.ofour.server/login, using the admin user account. The access to the repositories inside the image is possible via following destinations:

The access to the repositories managed inside the TKL Redmine image

The access to the administration tools inside the Tomcat image is possible via user accounts that are listed in the following table:

The overview of user accounts allowing the administration of Tomcat

How to change the time zone of the server?

As stated in the description of the core TurnKey Linux image, all the TKL images contain the ntp tool for server time synchronization. After starting the machine with the TKL image, you can surely notice, that the time of the server is 2 hours behind the Central European Time. The reason for this is not failure of ntp, but the time zone which set on the server, that is UTC (Coordinated Universal Time). Should this time not be convenient for you, you can easily change the setting of the time zone.